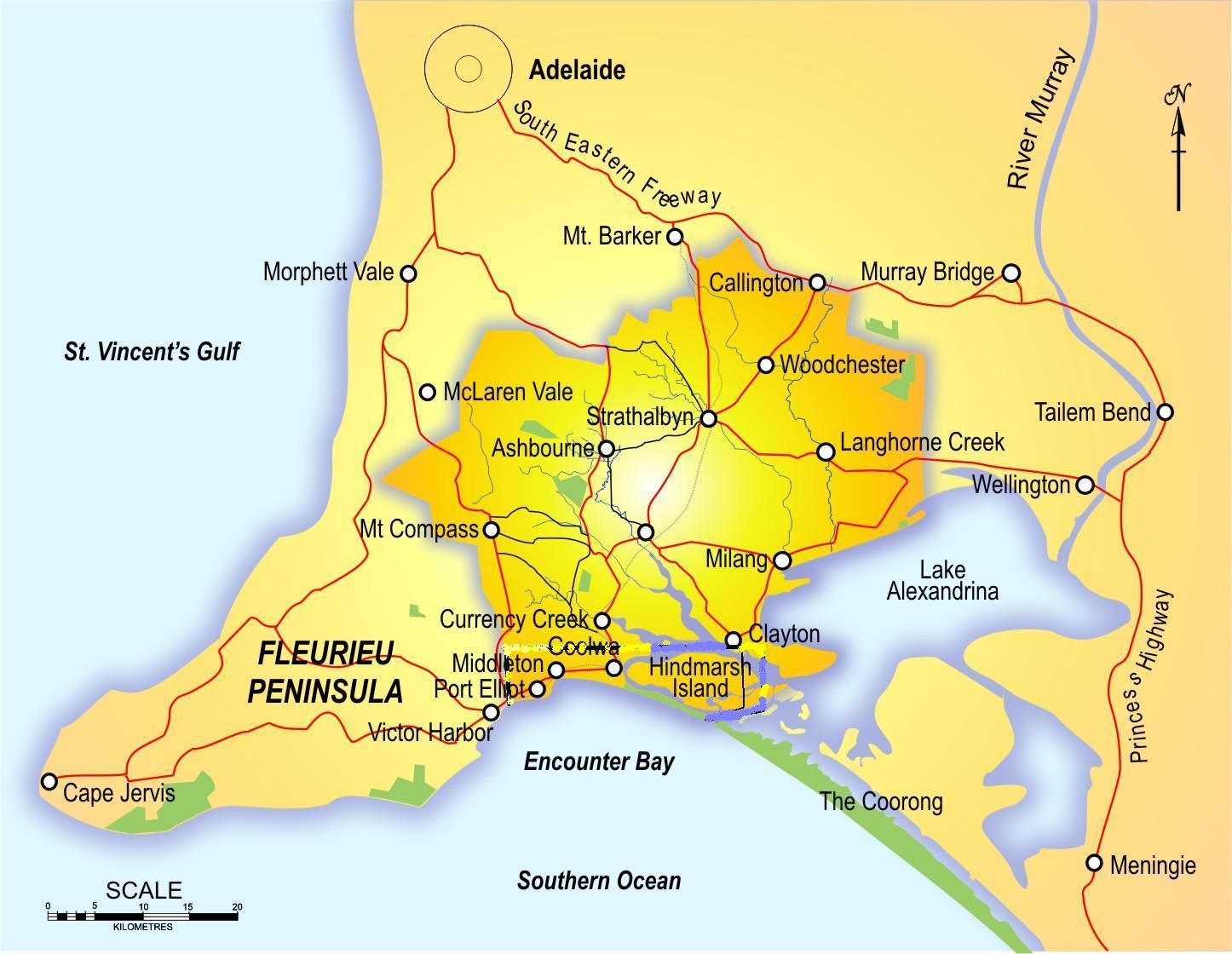 Goolwa is situated at the mouth of the River Murray, 80 kilometres south of Adelaide. It is a town steeped in Aboriginal stories and unique riverboat history. Goolwa is part of the Alexandrina Council which services a large area of the Fleurieu Peninsula as shown on the map.

Goolwa is on the last loop of the River Murray as it skirts around Hindmarsh Island. Lake Alexandrina, The Coorong and the Southern Ocean all play an important part in Goolwa's history, environment, industry and leisure.Under the sponsorship of the Southern Alexandrina Business Association, the community of Goolwa undertook the challenge of becoming the first town in Australia, and the first outside Europe to be accredited as a Cittaslow or "slow city".

WHAT IS SPECIAL ABOUT GOOLWA?