In the early 2000s, what became known as the Millennium Drought had severe effects on community morale as well as its evident impact on the health of the river and lower lakes.  Community members who were seeking a means to revitalise the region viewed a ‘Postcard’ on ABC TV’s Foreign Correspondent program featuring the Cittaslow movement in Europe.  In 2004 the Southern Alexandrina Business Association (SABA) commissioned a feasibility study of how this model could work in Goolwa, Alexandrina.  Together with Alexandrina Council they worked towards becoming accredited as the first Cittaslow town outside of Europe.  This involved addressing a list of over 50 criteria focusing on the environment, infrastructure, urban quality, support for local producers and products, culture/arts and heritage, social inclusion, hospitality and tourism, education and sustainability and partnerships.

In 2007 Goolwa, Alexandrina became accredited as the first Australian Cittaslow and a delegation from Italy travelled to present the certificate to Alexandrina Council. 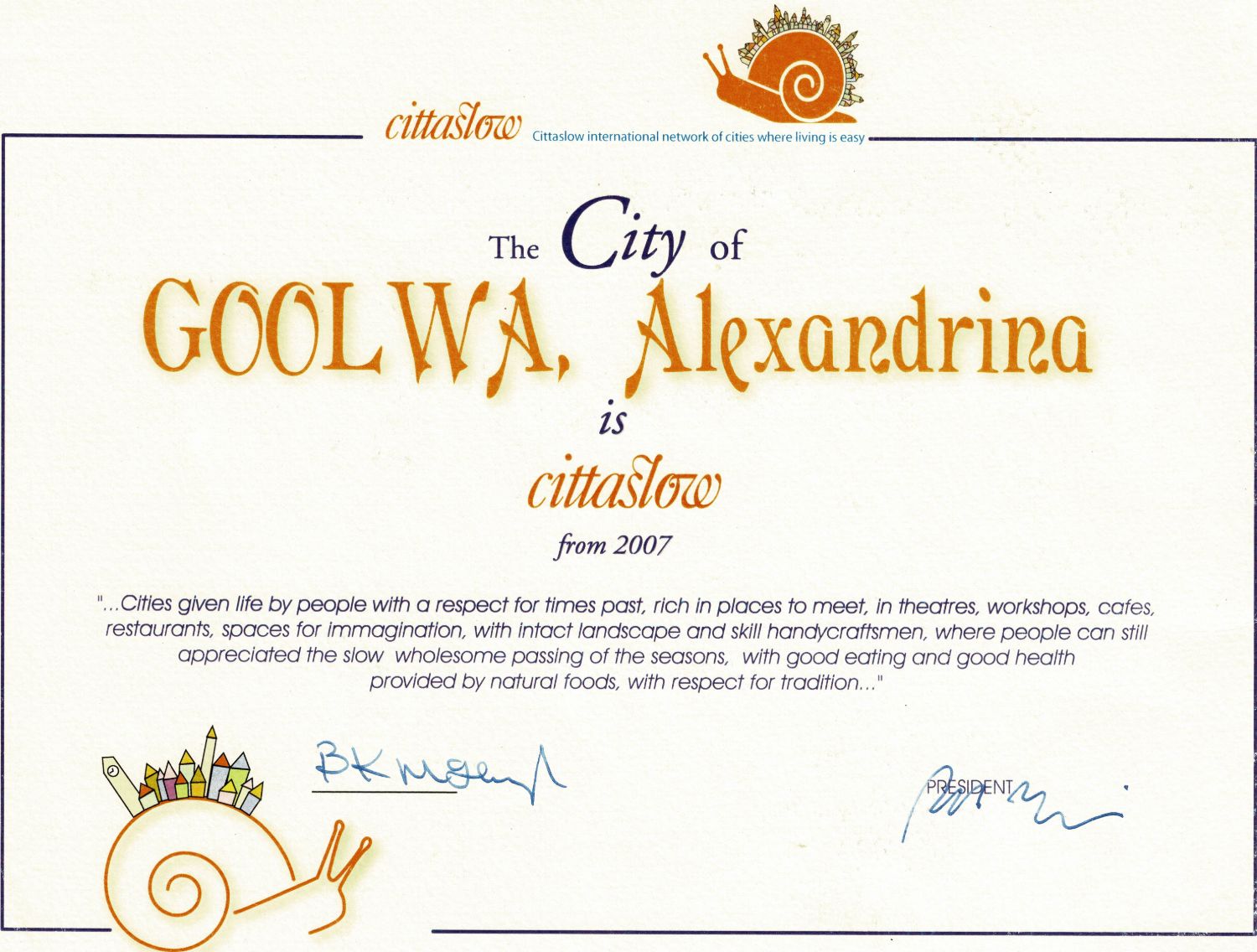 The not-for-profit community association Cittaslow Goolwa Incorporated was formed the same year with the purpose of supporting Alexandrina Council’s status in this role by fostering and advancing Cittaslow values.  This relationship is reinforced by the Mayor of Alexandrina as Patron of Cittaslow Goolwa Inc and our representative on the Cittaslow International Coordinating Committee.

Cittaslow Goolwa, Alexandrina is a founding member (and President) of Cittaslow Australasia network (formed in 2011) together with Yea, Murrindindi and Katoomba, Blue Mountains.