Tour Down Under in Goolwa 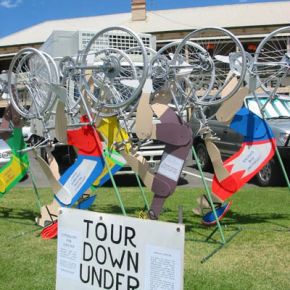 Cittaslow Goolwa, together with Goolwa Skill have developed a bicycle sculpture which has grown each year.